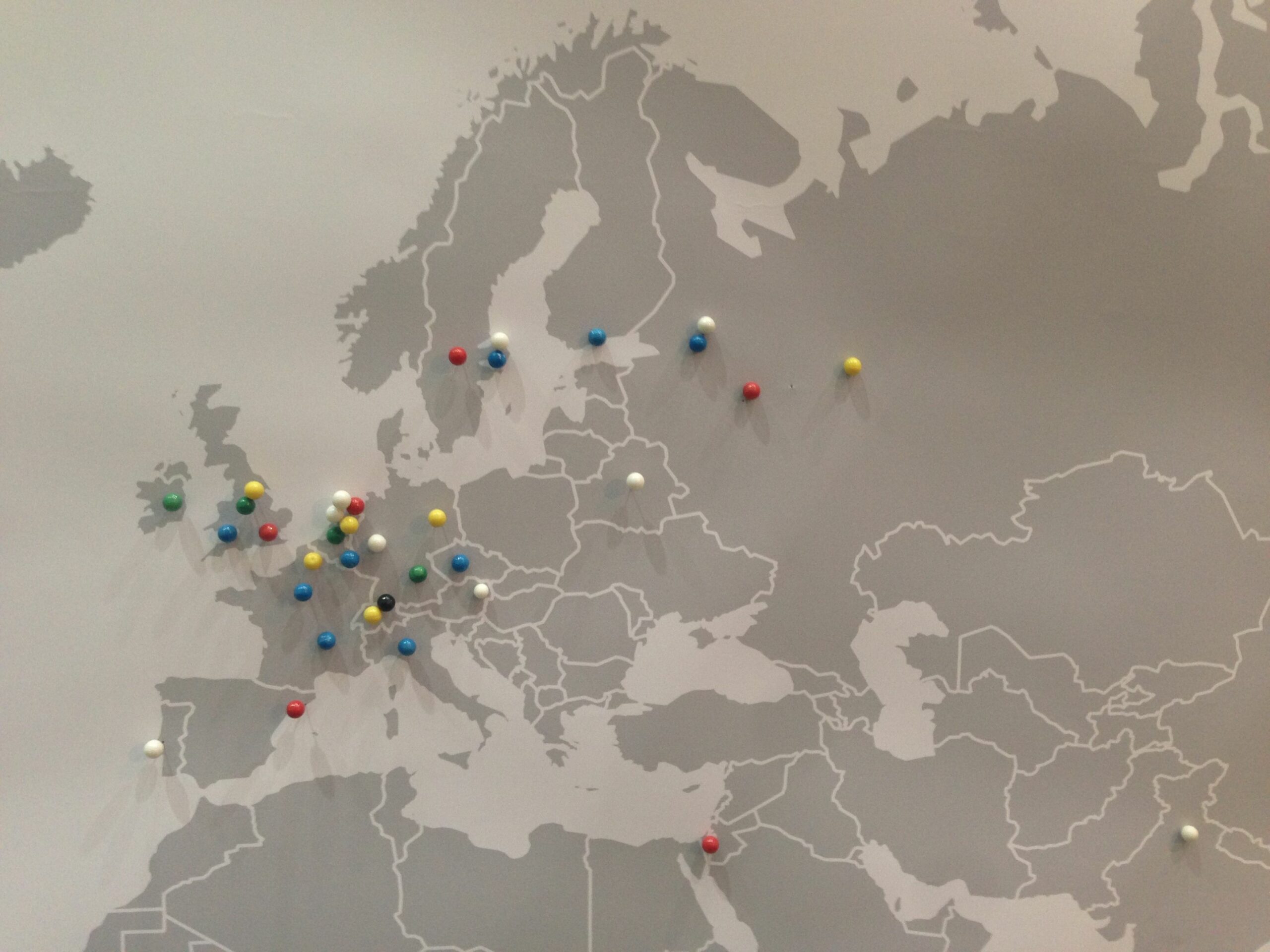 The first Product Management Festival took place in Zürich this week, bringing together product people from across Europe, as well as some from farther afield: the US, China, Russia and Australia.  There were laughs, drama and conflict (mainly between panellists, I hasten to add), but thankfully no actual fist-fights.

Instead, while there may not have been complete consensus between the various speakers on the role, responsibilities and the qualifications needed to be a product manager, the overriding sentiment amongst the attendees was more positive: despite the diversity of the attendees, it was reassuring to find that we had so much common ground.

There were a few notable differences in the make-up of the crowd in comparison with other similar events I’ve attended in the UK.  Possibly due to the cost of the conference ticket and travel, there were relatively few software start-ups represented.  Some attendees observed that there were start-ups in their respective countries, but in some places there weren’t necessarily the right conditions yet (tax breaks, facilities, investment) to foster the concentrations of start-ups being seen in the UK and the West and East Coasts of the US.

It also didn’t escape comment that there were relatively few women in attendance, however for balance, UK product events I’ve attended are closer to gender parity, but not yet there either.

It was also slightly strange to see so many product managers in suits at the conference, though admittedly hanging around the tech scene in London for too long can skew one’s perspective.  Again from discussions with attendees, while dressing formally is in part due to cultural mores, perhaps there’s also a need for product managers in Europe to relax a little, even if only for a couple of days among like-minded people.

This formality was further reflected in the way product management tended to be conducted: there certainly seemed to be much more of an emphasis on the robustness of the process, possibly to the detriment of creativity and positive disruption.  It was as if the practice of product management in Europe has not yet asserted its own identity with confidence and so is still casting around for a strong example to follow.

And as examples to follow, there was no shortage of competing frameworks, methodologies and philosophies to choose from.  There were some challenging points of view proposed by the keynote speakers: early on, Marty Cagan lobbed a metaphorical hand grenade into the proceedings by declaring all business cases and roadmaps irrelevant, and concluding that “you’re not a product manager if you don’t have a development team reporting to you”.

Similarly, it was a bit galling for the audience to hear Matthew Glotzbach, MD of YouTube EMEA, assert that they can only be a product manager at Google if they have a degree in Computer Science, otherwise “you’ll never earn the respect of the engineering team”.  All a little disheartening for the renaissance product managers in the audience whose academic backgrounds are more eclectic.  Perhaps Cagan and Glotzbach should collaborate on a new book entitled: Discouraged: How To Demotivate Product People En Masse.

Equally unhelpful was Cagan’s spat on stage with Gabriel Steinhardt of Blackblot about the title, role and responsibilities of the product person in an organisation.  Steinhardt proposes that the task of identifying market problems should be performed by a separate person to the one defining and delivering the solution to the problem.  In contrast, Cagan proposes that the same individual must be responsible for both the problem and the solution space.  Of course, each is perfectly entitled to their own opinion – there’s no right or wrong answer here – but their public failure to concede the merits of the other’s approach only left the audience feeling that they too must pick sides and separate into factions.  A religious war just as product management is beginning to be recognised as a distinct and valuable discipline in Europe will only serve to hinder progress.

Maybe what’s needed for European product managers at the moment is less dogmatism and more pragmatism: to focus less on the process and more on the quality of the outcome; to regard change not as disruption but as an opportunity to make things better; to have the confidence to customise their own approach to product management by cherry-picking the tools and techniques that work for their organisations and discarding those that don’t; and to keep it simple: an overwrought process is as unhelpful as an absence of process.  And if they find that a hybrid leany water-kanban-scrum variant delivers the desired results, then they should feel free to use that at their organisation without fretting that it’s not defined in a textbook somewhere.

There were also lighter moments of drama and schadenfreude.  Having started his entertaining presentation by extolling the virtues of the cloud (understandably), Jonathan Rochelle, Group Product Manager notably responsible for Google Drive, nearly had to abandon his talk half-way through when the flaky wi-fi at the venue sent his cloud-based presentation into meltdown.

All in all, the organisers can feel justifiably proud of bringing together such an international group of product managers and allowing them to share ideas, create friendships and feel that they’re part of a worldwide community of like-minded people.  Here’s to next year’s Product Management Festival.