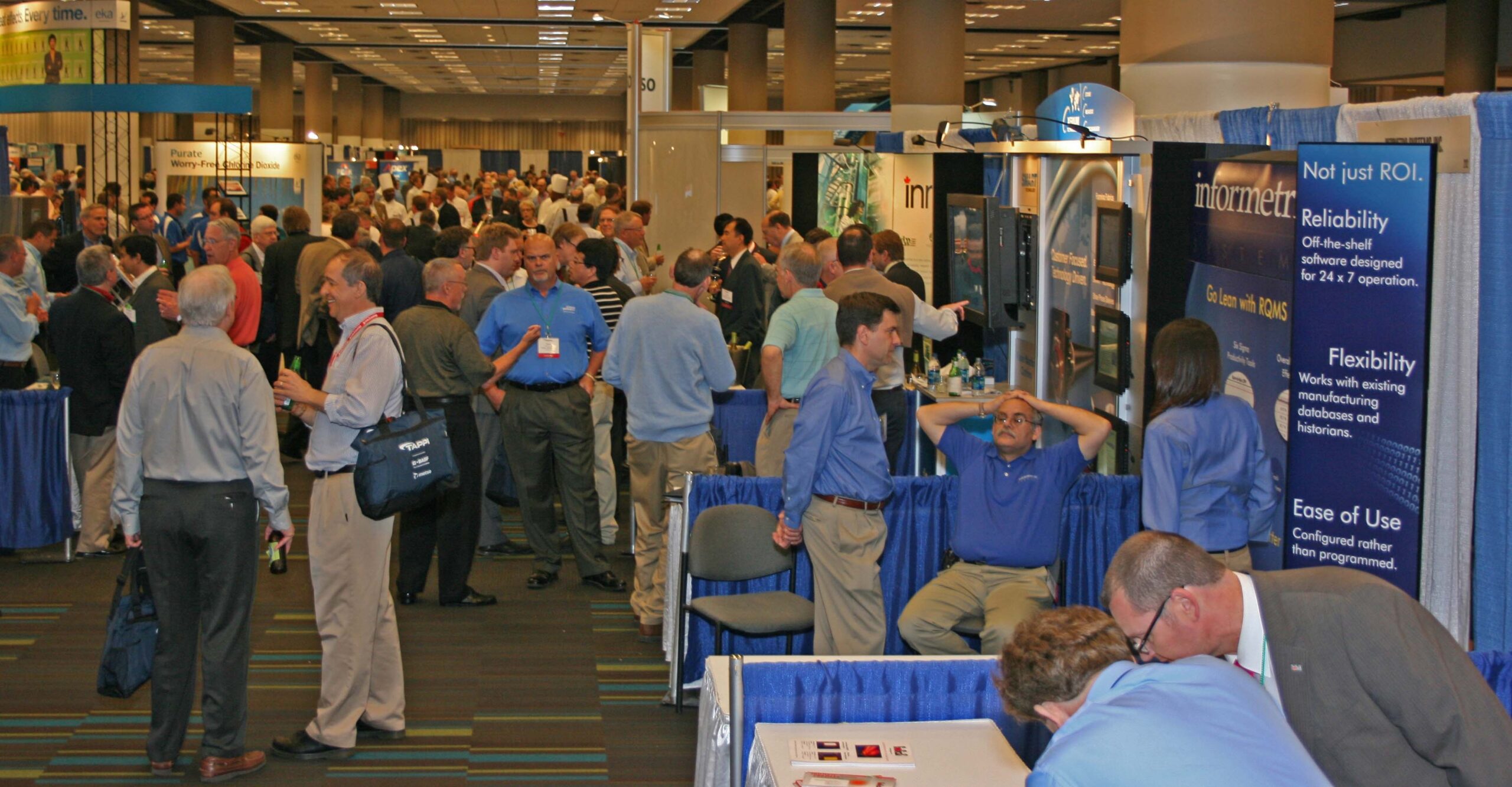 Business networking used to hold about as much appeal for me as speed-dating with alligators. It was only later that I came to tolerate it, even enjoy it, but only after I learned to think about it differently. If the prospect of a room of people at an event fills you with dread, read on, this may help.

So here’s the typical scenario: you’re at a conference or customer event and, as the product manager, you’re expected to work the room and make the company and product look good. All fine and good if you enjoy that sort of thing, but if you’re a shy, retiring type, then this situation can be quite daunting.

I used to be exactly the same and it took me a little while to put my finger on why that was. Do these sound familiar?

Okay, a few people here and there may be from the same company and sticking together, but the reality is that most of the people in the room are, like you, similarly on their own. More specifically, they’ll probably appreciate someone to talk to.

Assuming the person you’d like to engage in polite conversation is NOT:

a) unconscious;
b) staring lovingly into someone else’s eyes;
c) actually having sex;

all you need to do is wander up to them, extend your hand and introduce yourself.

Follow up with some handy opening gambits such as:

“Do you think the sales guy they wheeled in to speak had even SEEN the product he was talking about?”

“The canapés at this event seem to have a surprisingly small amount of horse in them. What say you?”

“Every customer is going to complain to me about my product”

There is always the possibility that a potential naysayer has made it through the stringent vetting by the event organiser. One way to look at customer complaints is that they provide you with the necessary ammunition to go and convince the powers that be that dealing with that technical debt is A Good Thing™. Plus as a product manager, you should relish the opportunity to improve upon your product.

Unless you’re really very unlucky (or you’ve managed to annoy the event organiser in some way), you’re unlikely to have to deal with many complaints, if any. And to be honest, most customers appreciate you didn’t go out of your way to make their lives more difficult, so they’ll probably be quite reasonable to you.  So don’t let this stop you from going and talking to people.

I have a theory that everyone is a complete geek on at least one subject. I’m absolutely fine with that because the chances of bumping into someone who happens to have the same obscure set of knowledge as me is minimal. In other words, you can be reasonably certain that there is nobody else in the room with you who knows more than you do about your product.

As an added bonus, once you’ve discovered the chosen specialised subject of the person with whom you’ve struck up a conversation, you’ll probably find that they are more than happy to do most of the talking, leaving you to concentrate on the serious business of spotting when the tray of drinks is next in the vicinity.

I’m not trying to suggest that you can overcome your shyness overnight, but once you start to realise that most of the other people are in exactly the same boat as you, it may take the edge off a bit. Go and practice – it will become easier!