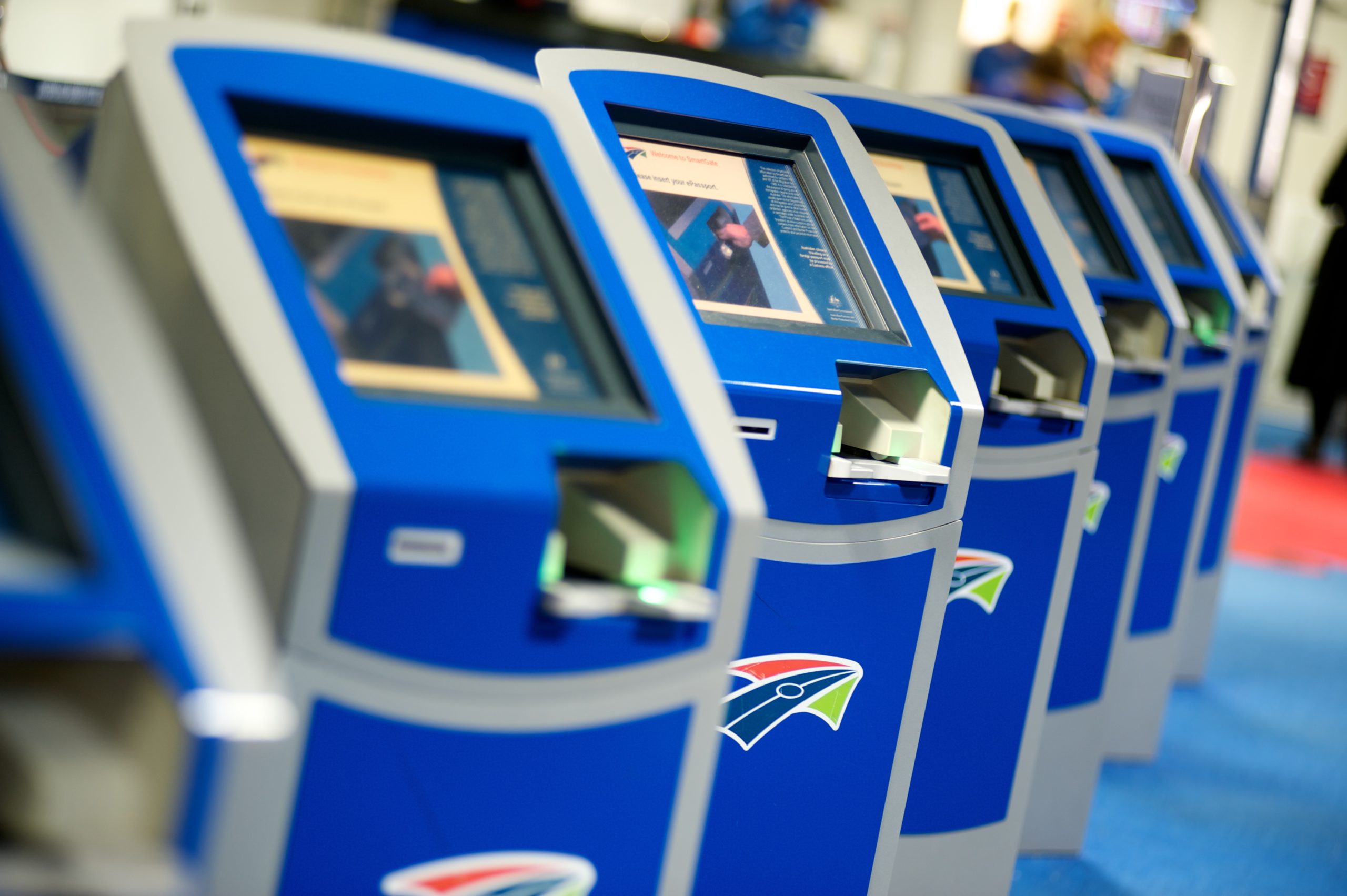 SmartGate kiosks at an airport

52: It only takes one bottleneck

I was working for a month in Australia a little while ago. On my arrival I was initially really impressed by the slick service design of their automated SmartGate immigration process. Until I found myself back to having to fill in declaration cards with a pen, that is. It just goes to show that good design work can be easily undermined by one poorly thought-out step in the process.

(In a rare flash of common sense, I thought it prudent to publish this article some time after I’d safely made it back to the UK. Y’know, just in case…)

Like many countries these days, Australia has introduced biometric passport gates at its airports.

The idea is pretty straightforward. If you’ve renewed your passport in the last few years, you’ll almost certainly have one with a biometric chip in. Instead of standing in a long queue to have your passport checked by immigration staff, you can opt to use the automated SmartGate instead.

“Are you, or have you ever been a terrorist?” #

Unlike the UK’s equivalent system, Australia’s system is a two-stage process, but as you saw in the short video above, this allows travellers to make declarations electronically at the kiosk. Let’s ignore for a moment the seeming futility of asking wrongdoers to incriminate themselves1 and just accept that travellers need to answer certain questions before being allowed into the country.

From a service design point of view, in which we’re trying to minimise user friction at all stages, it would make sense to keep the kiosks up-to-date with all the questions that must be asked. Yet this is where an otherwise slick service fell down.

After making my declarations and heading to the biometric scanner, immigration officers prevented me from passing through until I’d made some additional declarations on a correctly completed piece of card. In an instant, all the time-saving benefits of SmartGate disappeared as I and dozens of other people in the same position dumped our bags, hunted for a pen and attempted to engage our jet-lagged brains to fill out a small piece of card correctly.

The tricky thing about service design #

The additional questions clearly should have been added to the set asked by the automated kiosk, but for some reason hadn’t. It may have been because immigration staff had been unable to make this change quickly enough and I was just unlucky.

Or perhaps it was a symptom of a government organisation, still uncomfortable with new technology, reverting to the relatively safe territory of pens, forms and people at the first minor hurdle – a behaviour I’ve definitely seen before in both the private and public sector.

And this is one of the tricky things about service design: implementing a more efficient process in one place tends to reveal the bottlenecks that remain, possibly masked by the friction of the earlier process. The real question is whether the organisation is then able to do something quickly to alleviate them.

How able is your organisation to respond not just to the first service design challenge, but to the second, third and beyond? Winning a race isn’t just about making a good start – it’s about the ability to continue to progress at pace.