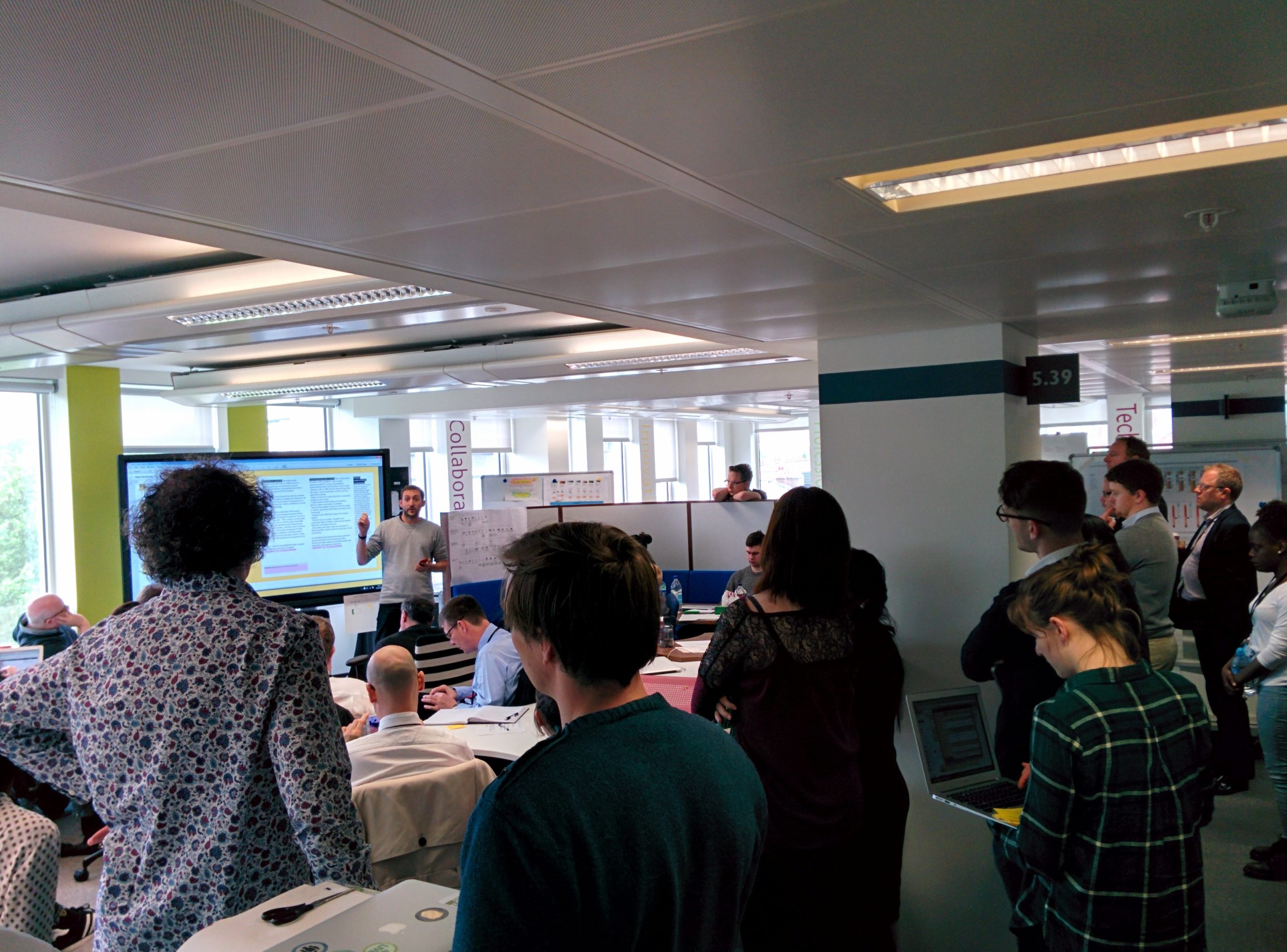 I was introduced to the concept of ‘show the thing’ sessions back in 2014 when I was interim head of product for the Ministry of Justice Digital team. I’ve encouraged every subsequent organisation I’ve worked with to start running ‘show the thing’ sessions weekly to foster a culture of openness, to spread ideas and learning between teams, and to erode the reluctance to demo anything that wasn’t considered ‘perfect’. Here’s my guide for you to start running these sessions for yourself.

‘Showing the thing’ means showing the thing you’ve actually created rather than telling people about it. I believe it’s a worthwhile habit to adopt in your organisation, and it requires relatively little effort to set up and keep running each week.

Giles Turnbull also blogged more about what GDS means by ‘show the thing‘.

What is a ‘show the thing’ session? #

‘Show the thing’ sessions are an opportunity for people and teams to share what they’ve learned with their peers. Rather than talking about something you’ve built or some user research you’ve gathered, the ideas is to show the ‘thing’ itself: demonstrate the product; illustrate what was learned and how it changed the team’s approach.

The emphasis is therefore on showing what you’ve learned, done or delivered, not about pitching possible future things.

Anyone can nominate someone to talk about something of interest; people can’t nominate themselves.

People should show the actual thing they’ve done or learned on-screen or otherwise visually; slides with words are actively discouraged. Similarly, coach presenters to avoid simply listing out stuff their team has done like a status report.

Nominate three or four people to show something of interest each week, and do it in a place that’s as central and visible as it can be in your offices. The sessions should be a regular weekly slot (to be habit-forming) and time-boxed to 45 minutes. Encourage everyone to attend, from the CEO downwards.

The facilitator should be pretty strict on timekeeping. Rounds of applause for every contributor are obligatory.

The facilitator should chase people to nominate others to talk, or simply nominate people to talk (in a supportive and encouraging way). It’s also important to ensure that the nominees know they’ve been nominated! They are allowed to decline, if there’s a good reason.

Just before the ‘show the thing’ session, it’s a good idea for the facilitator to wander around announcing the session is going to start and encourage people to attend.

What is ‘show the thing’ trying to achieve? #

‘Show the thing’ sessions encourage a culture of openness, of sharing information. They create opportunities for peers to learn from each other, thus multiplying the value of the thing created or learned that someone shows. They also subtly provide social recognition for the acts of learning from users and creating, and so they hopefully nudge others to embrace those positive behaviours.

Starting regular ‘show the thing’ sessions won’t magically change your organisation’s culture by itself, but doing so is certainly a step in the right direction.